What are medias saying after LIVALL Smart Helmets coming back home from IFA?

LIVALL launched the new generation smart helmets named Helmetphone during IFA in September, and one of which, BH51M, was awarded Eurobike Winner Award and IFA Smart Sports Device Innovation Award. As the global smart helmets leader, LIVALL should not be underestimated. On IFA, LIVALL launched three new models, which were admired by lots of visitors and reported by medias from all over the world. Let’s see what medias say about it.

BBC is the world's oldest national broadcasting organization and the largest broadcaster in the world by number of employees.

Now you can also listen in confidence as well to your music which is coming through speakers just underneath the rim of this helmet, quite smart where you can take phone calls as well, that’s why they call it a Helmetphone. Engadget is the world’s most popular multilingual technology blog network with daily coverage of gadgets and consumer electronics. MacSource is a website focusing on releasing and reviewing technology news. Snow Industry News is website for professional skiers and fans to write news about skiing, aiming to providing the related news for skiers. 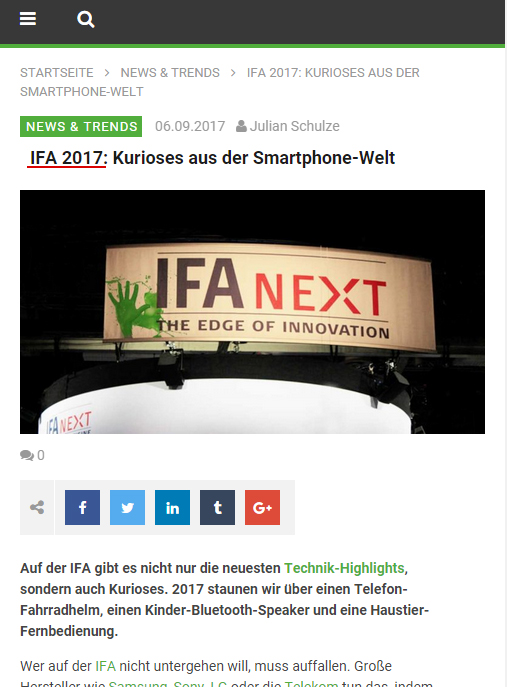 Thanks for so many reports. Faced with the admiring from medias over the world, LIVALL are really grateful. And we believe LIVALL will make a big difference in the future.